Marsha and Alan have been active members of our congregation since coming to Netanya five years ago on a Hadassa volunteer programme. Here are their stories, originally published in the ESRA Magazine. 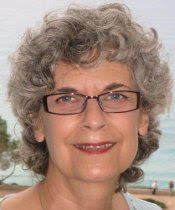 Marsha Stein was born and raised in New York City, graduating from Queens College with a B.A. in Home Economics and from New York University with an M.A. in Fashion Merchandising. After six years of working in the publishing and home sewing industries in Manhattan, she and her husband Alan relocated to Connecticut where he was Associate Professor of Mathematics at the University of Connecticut in Waterbury and she was Associate Professor of Marketing and Director of Fashion Merchandising at Post University in the same city, while earning 30 additional graduate credits in marketing and behavioral sciences.

During their 40 years in Connecticut, the Steins became active in the Jewish community, serving various organizations and visiting Israel many times. After being involved for years in resettling Soviet Jews in their community, in 1987 the Steins and their then-twelve-year-old daughter were part of a mission to the U.S.S.R. to visit Refuseniks, a life-changing experience. Marsha was a Hadassah chapter president, vice president of fundraising, bulletin editor, chapter advisor and region board member.

After leaving college teaching, she worked in marketing in the nonprofit sector and was Associate Director of the Connecticut Regional Office of the Anti-Defamation League, from which she retired. Marsha and Alan then became actively involved in AIPAC, the American-Israel Public Affairs Committee, attending their Washington D.C. Policy Conference for seven years in a row and lobbying their Congressman and Senators on behalf of Israel.

In January of 2010, after Alan retired, the Steins participated in the Hadassah Winter in Netanya program, a volunteer experience for retirees, during which they became involved in the Netanya community, its one Masorti synagogue-Bet Israel-and made many friends. Having fallen in love with Netanya, they rented an apartment there the following winter. Before leaving for the States in March 2011, they had purchased the apartment overlooking the Mediterranean Sea where they now spend half of each year. They continue to volunteer in the Public Relations and Development Office of Laniado Hospital, take Hebrew classes at the AACI, attend concerts of Russian immigrants at the Netanya Shearim program (an award-winning program begun by Bet Israel Rabbi Emeritus Ervin Birnbaum), participate in Hadassah Hadar chapter activities, act as liaison between Bet Israel and Masorti congregations in Israel and U.S. Conservative synagogues, walk along the promenade and Netanya beaches and entertain and visit friends and family in Israel.

The Steins continue to be involved in Israel hasbara. From the U.S. Marsha emails daily Israel-related news items to a list of American friends and from Netanya, sends a personal narrative of their good  life in Israel several times per week to entice people to visit and see for themselves what Israel is really like. She also writes articles for ESRA Magazine and for her synagogue bulletins. In Massachusetts she sews custom Memory Bears for a children’s bereavement center. 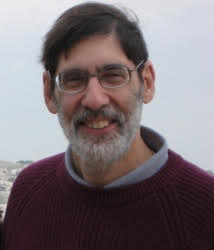 Alan Stein is a retired college professor of mathematics who has been writing letters to newspapers since he was a teenager. He became involved in Jewish community activities after moving to Connecticut in the mid-1970s to join the faculty at the University of Connecticut. He and his wife of 46 years, Marsha, helped resettle Soviet Jews in America and, with their then 12-year-old daughter, visited refuseniks in the Soviet Union. He edited the monthly newspaper for the Jewish Federation of Waterbury for two years before becoming Federation president.
Alan also served as chair of his local Community Relations Committee and as an officer for JFACT, the Jewish Federation Association of Connecticut. He joined CAMERA’s National Letter-Writing Group shortly after its inception and served as president of PRIMER-Connecticut (Promoting Responsibility in Middle East Reporting) for nearly a decade. He appeared on Rabbi Rock, the public access cable television show hosted by Rabbi Shaul Praver, CAMERA’s Letter Writer of the Year in 2007, on behalf of both the Connecticut Coalition to Save Darfur and PRIMER-Connecticut.

After moving to Massachusetts three summers ago, he saw a need for a local letter-writing group in the Bay State and founded PRIMER-Massachusetts last summer. Along with others, he now monitors newspapers in both Connecticut and Massachusetts and sends out email alerts to over 200 activists in Connecticut and over 60 activists in Massachusetts. Alan and Marsha are active in AIPAC (American Israel Public Affairs Committee) and have lobbied Congress on behalf of Israel while attending seven Policy Conferences in Washington DC during their Connecticut years.

Since 2010, Alan and his wife have split their time between the United States and Israel, and in October 2014 they made aliyah but still live in Netanya half of each year. Alan has conducted letter-writing workshops in both Israel and the United States, encouraging, informing and training members of the community to be better advocates for accuracy and fairness in the media.

Alan works with other activists to encourage English-speaking immigrants to write letters to newspapers in their former communities through PRIMER-Israel which he formed, while Marsha promotes Israel by writing about their experiences adjusting to life in Israel, and sending these posts to her own email list. They also work together to encourage American Jews visiting Israel to build personal connections by visiting synagogues during their travels and by visiting the Steins in Netanya. The Steins are active members of both Temple Israel of Natick (MA) and Bet Israel Masorti Congregation of Netanya.

CAMERA honored Alan for his wonderful dedication and hard work in educating the public and press about Israel and the wider Middle East by presenting him the CAMERA 2015 Letter Writer of the Year award.